1. Amazon River, South America
Let's look at the tropical forests of South America, the secrets of the Amazon – a bold dream for which many researchers and fearless hunters have paid with their lives. Amazon is a river in South America, considered the largest in the world, because it is very deep and has the widest water catchment area. The name comes from the Native American language and means "a raging torrent". Amazon flows through the territories of Peru, Colombia and Brazil. Its length is controversial, but it is believed to be between 6250 and 6800 km.  The area around the river is famous with the name "green hell" as it was called by many authors of adventure novels. There is the home of the charming hummingbird, the smallest bird in the world, and many colourful parrots. You can also see many species of poison snakes as well as the fierce predators of the equatorial forest. A boat trip along the banks of Amazon is a true adventure that is worth to be experienced.
2. Fjords, Norway

It is necessary for any traveller or lover of nature to touch the magic of the Norwegian fjords. They host some of the largest coral reefs in the world; offer some of the richest fishing grounds and "gateway" to the true nirvana. The Norwegian fjords are the longest, the deepest and the most beautiful fjords in the world. They are located in Scandinavia between the borders of Russia and Sweden.  A fjord is a long and narrow estuary of the river, with steep slopes, which has been formed as a result of glacial activity. There you may see some of the most stunning sunsets that leave you speechless. The lakes in this part of the world are crystal clear and there are waterfalls and rocks that can stop your breath. The most famous fjords are Sognefjord, Hardangerfjord and Lysefjord – a trip there guarantees you lifetime memories.
3. Ha Long Bay, Vietnam
Ha Long Bay is a miracle of nature and one of the most popular tourist spots in Vietnam. For the 120 km coastline of the bay there are about three thousand islands, islets and lonely rocks scattered. In addition, there are coral reefs, mangrove forests, small freshwater lakes, and, of course, sandy beaches. The name of Ha Long Bay lures to trip – it can be translated as "Bay of the descending Dragon". Called also the eighth wonder of the world, it covers an area 1,553 square kilometres and most of the islands are uninhabited and hardly been touched by human impact. On some islands there are located charming fishing villages. The crystal sea there is inhabited by more than 200 species of fish and 450 mollusc species. From Bay Choi you can rent a boat to explore the amazing beauty of Ha Long. Incredible limestone formations which resemble in shape animals and people are something unique you cannot see anywhere else in the world.
4. Kerala backwaters, India

Secluded, peaceful and breathtakingly beautiful southern coastal state of Kerala is one of the unknown treasures of India – soft floral alternative to the more harsh Himalayas and the desert Rajasthan in the north. The entire state is cut by large rivers and lakes where the big old python lives. Surrounded by the jungle, the canals and lagoons connect sheltered villages and are often just wide enough to let your canoe pass. This is a heaven for lazy rest and refection in the shade of a palm tree or a visit to the famous ayurvedic medical clinic that offers massages and rejuvenating procedures, including herbal oils made from exotic spices. The fauna of the state is extremely diverse – many species of endemic animals, rare birds, fish and amphibians. The state was awarded the prestigious prize of National Geographic for one of the most attractive places in the world. The rest just has to be seen...
5. Milford Sound, New Zealand
Milford Sound or the beautiful Bay of Milford is one of the most beautiful landscapes of our planet. As such, Milford Sound is the biggest pride of New Zealand and is located in the Fiordland National Park. Stated by Rudyard Kipling to be the eighth wonder of the world, Milford Sound is among the most popular tourist destinations in the world. Imagine a narrow fjord-like bay with silky smooth crystal water surrounded by rising above them steep cliffs, crowned with peaks of fantastic shapes and paradise valleys, covered with carpets of colourful flowers. It seems, however, that more preferred and more interesting is the underwater observatory. Steep spiral staircase takes you to a depth of 10 meters below the surface where you find yourself in a chamber with panoramic windows. You are surrounded from all sides of exotic aqua life the feeling is incredible.
6. Huon River, Australia
Huon River is the fourth largest river in Australia. It is 170 km long and passes through the fertile valley of Huon. Where the river meets the Tasman Sea near Surveyors Bay, it is more than 5 km wide. In downstream, the average depth of the wide river is about 3 metres and the maximum depth – about 12 metres. The area of Huon Valley is a place where the apple industry flourishes since ages and fruit production there is a main source of life for local people. Feel the adrenaline rush through your body by exploring the river with jet boats quickly accelerating to a speed over 80 km/h. You will whip along the river, with the wonderful scenery around you. A boat trip along Huon is definitely a worthwhile experience that will leave you enchanted.
7. Disko Bay, Greenland
Greenland is a country of icebergs and the world’s largest island. Glaciers can drift for up to 30 meters per day. Very often from large icebergs break off other smaller, the smallest of which can weigh about 7 million tons. Disco Bay archipelago occupies a wide space to the north of the Arctic Circle (the length of this "area" is about 300 km) and consists of some icebergs. During the summer period in five major cities – Kangaatsiaq, Ilulissat, Kangerlussuaq, Qasigiannguit and Aasiaat – you can fully enjoy the beauty of the polar day and see how bright the sun shines at midnight or just plan a trip along the crystal clear freezing water. If the type of dazzling white glaciers tires your eyes, we recommend you take walks on the islands which are pretty interesting. Each of them is good in its own way.
8. Quetico Provincial Park, Canada
Quetico Provincial Park spreads over an area of about 4,800 square kilometres of pristine endless wild beauty and is the second largest natural park in Ontario, Canada. The park resembles a net of crystal lakes where you can enjoy fishing or your favourite sports. Nowadays it is a favourite destination of experienced canoe lovers seeking adventure and unique sparkles of nature, represented by jumping waterfalls, shining lakes and gorgeous forests. A boat trip there will guarantee you a real adventure in one of the most magical places in the world.
9. Galapagos Islands, Ecuador
Galapagos archipelago with an area of about 7,880 square kilometres, originated from volcanic activity, consists of 13 large volcanic islands, 6 smaller ones and 107 rocks. It is situated in the Pacific Ocean, 965 km west of Ecuador. The natural wealth and beauty of this spot of the planet is huge and it is not surprising that the Galapagos Islands are known as "The islands of charm" or the Enchanted Islands. Galapagos Islands are known for their unique native fauna – its name comes from the large number of elephant turtles, which in Spanish are called "galápagos". Galapagos claims to be one of the most beautiful natural bio reserves in the world and today it is a living museum of evolution – there are still many unique plants and animals which live there. All tours are scheduled with a local guide and you can consider enjoying a tour between the islands by boat along with them or just sleeping on some of the magical islands.
10. Island Hopping, Greece
Greek islands are among the most beautiful and unique islands. They are extremely important for the economy and in particular for tourism in Greece and among the top destinations in Europe. The Greek islands are 3,000 in number, located in the Ionian, Mediterranean and Aegean seas with a total area of 25,000 km². The landscapes are very different – long golden beaches, secluded coves, sand dunes, coastal caves, volcanic soils, wetlands and crystal clear turquoise sea. Among the largest and most beautiful islands are Crete, Euboea, Rhodes, Lesbos, Chios, Thasos, Corfu. All the Greek islands offer great opportunities, whether you are looking for crowds, deserted bay or classical culture. You can just hire a yacht or a boat and travel hopping from one heaven island to another and create lifetime memories. 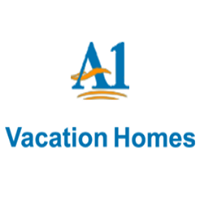